How to Invest in Gold via Cryptocurrency? Meet the Gold-Pegged Tokens

Gold is a precious metal used in many industries, but it’s also a well-known investment product and a historical hedge against economic turmoil and inflation. Widely regarded as a risk-off asset, gold prices tend to perform best in a challenging financial environment – during a crisis, wars, shakedowns, and whatnot.

What is a Gold-Pegged Cryptocurrency?

Gold-pegged cryptocurrencies, on the other hand, are a derivative asset class that allows users to purchase, trade, and receive exposure to gold without having to worry about physical storage and custody. They remove inconveniences related to transport, transferability, as well as associated illiquidity.

In the traditional world, they correspond to gold ETFs and CFDs, which track the price of gold without having to physically own it.

There are numerous cryptocurrencies that are pegged to gold in one way or another, and they are backed in different ratios, depending on the project itself.

In this article, we will take a look at some of the more popular gold-pegged cryptocurrencies.

Pros and Cons of Investing in Gold-Backed Cryptocurrency

As with every other field, investing in gold-backed tokens carries some advantages and disadvantages. Let’s have a closer look at both.

First things first, most gold-backed tokens exist as tokens built on the ERC-20 token standard and, as such, are easily transferable and tradeable on multiple centralized and decentralized exchanges.

They remove the illiquidity of physical gold by allowing users to trade them at any time, so long as they have access to an exchange. Another benefit is that they can be split and fractionalized, allowing investors to own smaller portions and not necessarily require them to invest a large sum of money.

Gold-pegged tokens also carry some other benefits, widely associated with cryptocurrencies – they are easily stored and transferable – unlike physical gold.

Gold-pegged cryptocurrencies can potentially be bought via decentralized exchanges. Hence, their holders can buy them without any measures of KYC (compared to CFDs and ETFs).

The fact that they are a derivative product also carries some risks. One of them is that investors don’t necessarily have direct ownership over the gold that their tokens are pegged to, although this might differ in certain projects which allow physical redemption.

Moreover, they are reliant on centralized service providers which manage the storage of the physical gold that backs the tokens, and this is completely out of the investors’ hands.

Because most of them are ERC-20 Ethereum-based tokens, each purchase or transfer of the token might carry high gas fees.

Compared to traditional gold contracts for difference (CFDs), gold-pegged cryptocurrencies are a lot less liquid as the market for them is a lot smaller compared to the legacy one.

Another difference from CFDs is the fact that smart contracts are vulnerable to exploits. The chances are very minor in this case, however, any smart contract carries a non-zero chance of failure.

While there might be quite a few cryptocurrencies that claim to be pegged to gold, based on our research, only two are worth looking into. These are Paxos Gold (PAXG) and Tether Gold (XAUT). Both tokens are issued by well-known companies with a proven history in the field and boast somewhat sufficient trading volume. The rest of the gold-pegged cryptocurrencies fail to deliver substantial liquidity, and their respective websites haven’t been updated for years, which is a red flag. 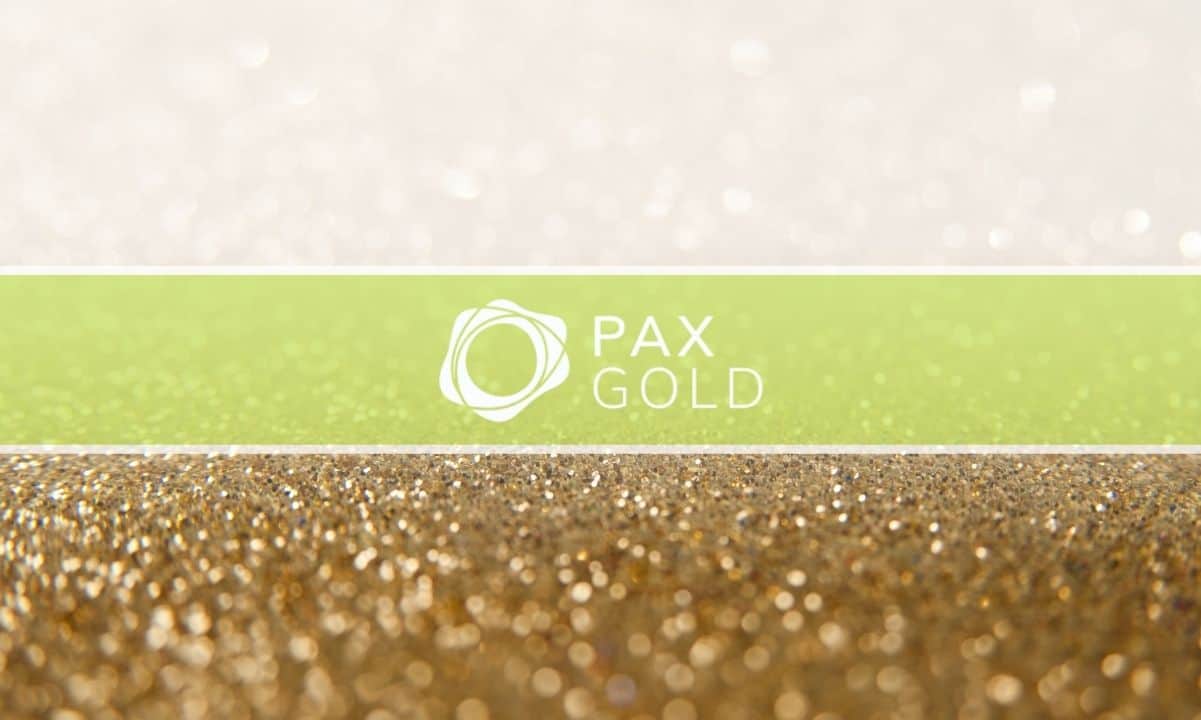 At the time of this writing, in March 2022, PAXG is the biggest gold-pegged cryptocurrency by means of total market cap, which sits at around $550 million. It also boasts the highest daily traded volume.

According to the project’s official whitepaper, each PAXG token “represents one fine troy ounce of physical gold from a specific serialized gold bar.” Interestingly enough, if someone owns enough PAXG to represent an entire gold bar, they are able to redeem the tokens for the physical gold bar.

The benefit of this is that ownership can be divided into units of up to 18 decimal points, allowing people to get exposure to miniscule amounts of gold. The token exists through Ethereum’s ERC-20 token standard, making it easily portable across the network.

It’s also worth noting that the Paxos Trust Company – the issuer of PAXG 0 is a regulated financial institution, as well as a qualified custodian. It’s a state-chartered company that’s regulated by the NYDFS (New York State Department of Financial Services) and is required to uphold the highest standards when it comes to protecting customer assets. Moreover, the NYDFS also regulates PAXG itself.

CryptoPotato reported back in January 2021 that Tether – the company behind the most widely-used stablecoin (USDT), has launched a new digital asset ticked XAUt. In essence, the token, which is based on the ERC-20 and Tron’s TRC-20 standard – also represents one troy fine ounce of gold on a London Good Delivery bar.

Holders of XAUt are able to obtain undivided ownership rights to gold on the specified gold bars. Their allocation is identifiable through a unique serial number, weight, and purity.

Per the documentation, XAUt holders are also allowed to check the details of the gold bars that are associated with their addresses at any time through the website.

To make a redemption request in the form of physical gold, users need to have completed the TG Commodities Limited’s verification process. This is the company that issues the tokens. Otherwise, the token is tradeable on some popular cryptocurrency exchanges such as FTX and Bitfinex.

All in all, there are many gold-pegged cryptocurrencies, but only the above two meet liquidity and reputation criteria.

Investing in gold is long considered a rather safe effort, and it’s also a well-known hedge (protection) against inflation and tumultuous economic environments.

Of course, as with any other investment, this also carries the risk of capital loss. With this in mind, none of the above should be considered financial advice. The content is for educational and entertainment purposes only. Always do your own research and make sure to never invest more than what you can afford to lose.