Last week, the BTC price impulsively broke down the 50-day moving average line at $40K to the downside and lost over $3K shortly after.

However, the bearish momentum started to fade as the move slowed down, and it seemed like a bottom was forming amid $37K. Earlier today, following the positive news on behalf of Joe Biden, the price broke back above the 50-day moving average once again, with a huge daily green candle.

Bitcoin’s price has been able to find support at the $36-37K range once again, as the consolidation between $36K and $45K levels continue.

Considering the current bullish momentum, it seems like a retest of the 100-day moving average (at $43.7K), and eventually, the $45K resistance zone, is imminent.

The latter has proved to be a strong supply zone, and it has rejected the price on multiple occasions over the past weeks. If this level is finally broken, the next target is likely the 200-day moving average (~$49K), one of the most significant indicators to determine whether the market is under bullish or bearish conditions. 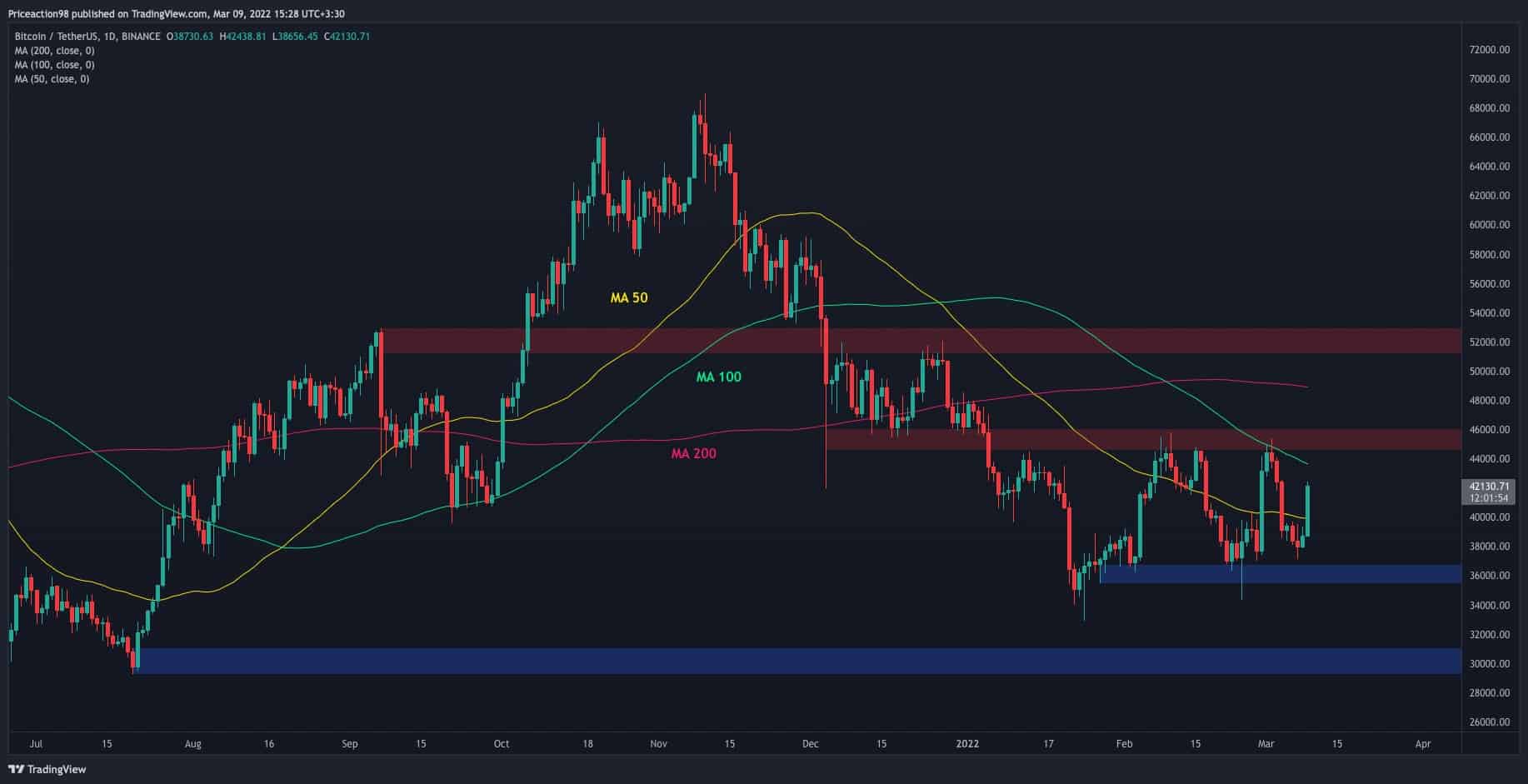 Taking a closer look at the price action on the 4-hour timeframe, it is evident that the price is still ranging inside a large bearish flag pattern and is currently on its way to testing the upper boundary of the pattern for the third time.

The flag’s ceiling is currently around the $48K mark, and in case Bitcoin fails to break above the pattern, a drop for another retest of the $36K level could be next.

On the other hand, a bullish breakout would invalidate the bearish pattern, and a rally towards the $52K zone becomes possible. Meanwhile, the RSI indicates that bulls are in control of the market now, and it is almost reaching the “overbought” level of above 70% on the 4-hour timeframe. However, this bullish trend is likely to go on for at least a few more days as the price is yet to reach a significant obstacle.

Currently, this ratio is at its lowest level, showing that exchange-related transfers account for a small part of overall network activity, with OTC desks in charge of most of the network’s activity. Whales and institutions often use OTC desks instead of buying and selling on spot exchanges, which might indicate that they have been accumulating BTC throughout the recent correction.