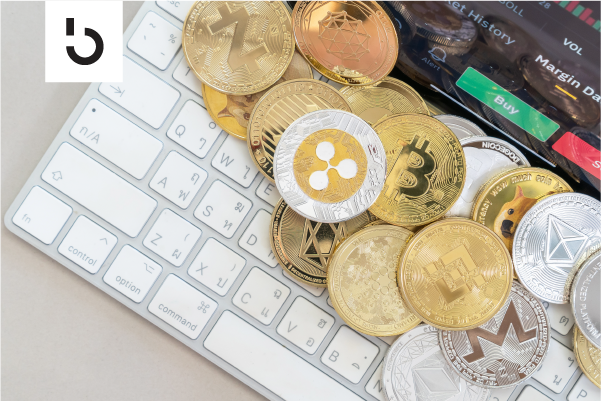 With Ethereum switching over to a Proof of Stake (PoS) protocol, crypto staking is exploding in popularity. Once the switch is complete, ETH will join the growing list of PoS cryptocurrencies, attracting investors looking to earn income on their coin holdings.

Plenty of crypto exchanges and platforms already offer users the ability to dip their toes into crypto staking at minimum cost. But the million-dollar question is – which crypto is the best for staking?

The following table and individual crypto reviews may help you in finding an answer:

The PoS Cryptocurrencies by Market Cap

Why top eight instead of ten or fifteen?

There are dozens of PoS cryptos promising staking yield percentages in the high 30s or more. But most of them are new, high-risk altcoins without any serious backing.

It makes perfect sense to pick cryptos that are more “established” – in other words, the most popular ones with the highest market caps and long-term potential. Out of the top 100 list, these are the eight crypto assets with a PoS protocol and high staking yields. You can consider these the “blue chip” staking coins.

ETH has the potential to become the best crypto for staking. Investors have already locked in $21 billion to the Ethereum 2.0 staking pool. That’s mainly down to the confidence Ethereum inspires: it has a massive ecosystem and widespread adoption despite all its flaws.

However, we cannot ignore the element of risk involved in staking ETH: the digital asset is in a transition stage, and you will be locked until it emerges out of that tunnel, which could take anywhere from 1-2 years.

If you have a few ETH in cold storage and don’t have any plans to cash in for a few years, getting into a staking pool might be a good option. After all, this is one crypto you want to hold on to for the long haul!

Binance is the largest crypto exchange in the world. BNB is an excellent long-term option for staking due to its growth potential. It has found a lot of takers in the fast-expanding DeFi ecosystem, even more than Bitcoin.
And since it is part of the Binance ecosystem, it will benefit from the increased trading in crypto in general.

The APR is also on the higher side compared to most others in its league, with some exchanges touting up to 30%.

The minimum threshold for delegator staking is extremely low at BNB 0.0001 ($0.048). The BNB Vault on the Binance platform is probably a good choice for staking in BNB. With BNB staking, you have a 7-day lock-up period.

Cardano launched in 2015 to create a crypto network that is better than Ethereum. It shares many features with ETH, like smart contracts, with the added advantage of a PoS algorithm baked in from the beginning.

Over the years, Cardano has grown into one of the top five most popular crypto assets, with a market cap approaching $37 billion. Granted, its small fry compared to the big two – BTC and ETH. But the investor interest has been tremendous – in 2021, the altcoin surged over 1100% in value

The 6% APR is also not too bad. The icing on the cake is the absence of any lock-up periods.

Solana positions itself as a younger, more polished version of Cardano and Ethereum. As a result, the altcoin has impressed with a meteoric rise since its launch in April 2020 – it sits in the top 10 most valuable cryptos with a market cap of nearly $30 billion and a YoY growth of over 2300%.

With a unique “Proof of History” validation and excellent support for smart contracts, DeFi, and NFTs, Solana has attracted serious interest from developers and institutional investors. Like its competitor Cardano, SOL is a crypto asset to watch.

This makes it a solid choice for crypto staking, with an estimated APR of around 6.6%. In addition, there is no minimum limit on the number of SOL tokens required for delegator staking. The lock-in period is also relatively short, at five days.

Algorand is yet another altcoin making all the right noises in the booming market for “ETH killers.” It has a solid dev team led by a respected MIT professor, smart contracts, a PoS-based consensus protocol.

Like its peers, ALGO also recorded a surge of 600% in 2021, fueled mainly by increased visibility and adoption. In addition, the altcoin also shifted to a decentralized model in October 2021, further adding to its allure.

The ALGO staking comes with a lowish APR of 4.7%. But its low price of around $2, combined with long-term potential, probably makes Algorand worthy of a “HODL,” along with altcoins like ADA and SOL.

Don’t let its low market cap of $5.6 billion fool you – Tezos has been around for longer than many altcoins that occupy a prime position on the lists below BTC and ETH. But internal struggles and instability hampered its growth after a successful ICO in 2017.

But in recent years, XTZ has posted some strong numbers, with a gain of 170% in 2021. The APR of around 5.5% is quite reasonable. In addition, it has an asking price of $6 per XTZ, and no minimum stake or lock-up period for delegators, making it a possible choice for newcomers to crypto staking.

Celo has a strong focus on DeFi, smartphones, and sustainability. Its Valora payments app has gained widespread acceptance in mobile remittance. With strong backing from several high-profile investors, Celo is a crypto startup with a potentially exciting future.

With a low percentage of tokens staked, Celo may be an excellent option for crypto staking. It has a relatively high APR of 13%, with no minimum stake and a short lock-up period of 3 days.

With a total blockchain size of just 22kb, Mina is the lightest crypto in the market. In comparison, the Bitcoin blockchain is currently at 350GB and growing. The focus on minimalism holds promise for faster crypto transactions, an area where the bigger digital assets struggle.

Originally called Coda Protocol after its launch in 2017, Mina was rebranded in 2020 and has a staking APR of 11%.

The primary focus of crypto staking is to generate income from assets that would otherwise lie dormant for years. Instead of looking for crypto assets with the best staking yield, it’s important to balance them with the potential for long-term gains.

Starting from such a “HODL perspective,” you may want to prioritize large-cap, well-established staking coins over obscure cryptocurrencies with double-digit ARP.

Subscribe to the Bitcoin Market Journal for the latest updates on the blockchain markets.